Spay Sisters in the Seychelles

Spay sisters started in relay this year with flight costs to the Seychelles being the cause.  The first keen arrivals being Toni, a regular from Cornwall and her friend Bryony, both qualified Vet nurses and T2.  This is the nickname for Toni, the vet from the Shetlands.  They were greeted by Taryn, our invaluable help and source of food and accommodation on the Island, who took them to the Avani Hotel.  The messages started arriving, the place was lovely and even had shower caps!

Jill, the warrior, then after her 10.5 hr flight had a coffee and a shower and started work with the other 3.  A tremendous effort and 29 animals were sterilised on the Saturday before the rest of us had even arrived. 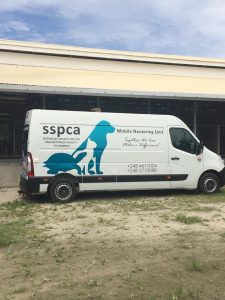 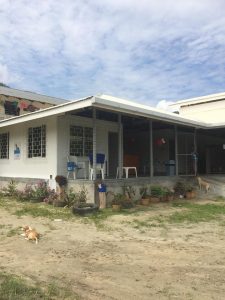 The rest of us being Suzy, who flew in from Kuwait on Saturday afternoon and Amy, Lizzie, Lahra, Sophie and myself.   Lahra, was in her final year at Edinburgh having inter-collated a year and Sophie was her BFF who was already in her first job, in which she was being shadowed even for a cat spay!

Our first working day as a full team was carried out at the SSPCA, their purpose built kennels, along with the chorus of the kennelled dogs, which drowned out our playlists.  Despite it having been a year in some cases, since we had last seen one another, we quickly rekindled  our friendships, as we dived into the instrument case to try and get our best needle holders, or our favourite clamps! This year a few of our instruments lost their grip and either need replacing or sharpening.  Some of this years funding will be destined on this. Day 1 really is about getting the equipment organised, getting your fingers and hands operating and ensuring your tables are at the right height.  When the numbers escalate like they did this trip, it is imperative that you are operating at the right height, in order to avoid back ache.  So we found some brise blocks and these stayed with us for the fortnight…. to help our taller vets like T2.   After 73 animals neutered we returned to our very swish Eden Island, only to find not only were our 2 apartments very beautiful, situated at walking distance from these picturesque manmade beaches but we also had cleaning ladies!!!

So our days unfolded, with Taryn having organised our locations, our food and our publicity brilliantly.  The real heart of a good trip is the media coverage, and the SSPCA excelled, with us receiving TV coverage at the beginning and end of our trip…. leading therefore, to lots of people bringing their animals on the right day to the right place.

Our baby vets, Lahra and Sophie became good, quickly and adapted to fewer clamps rapidly.  It is interesting to think that the university taught method of spaying bitches is very impractical in the real world.  Double clamping what is that? So by the Thursday, Friday of the first week they were already doing 2 or 3 bitch spays alone daily, amongst the other operations. They were also managing to do it without anaesthetic top ups (this is a good time indicator), which was impressive. 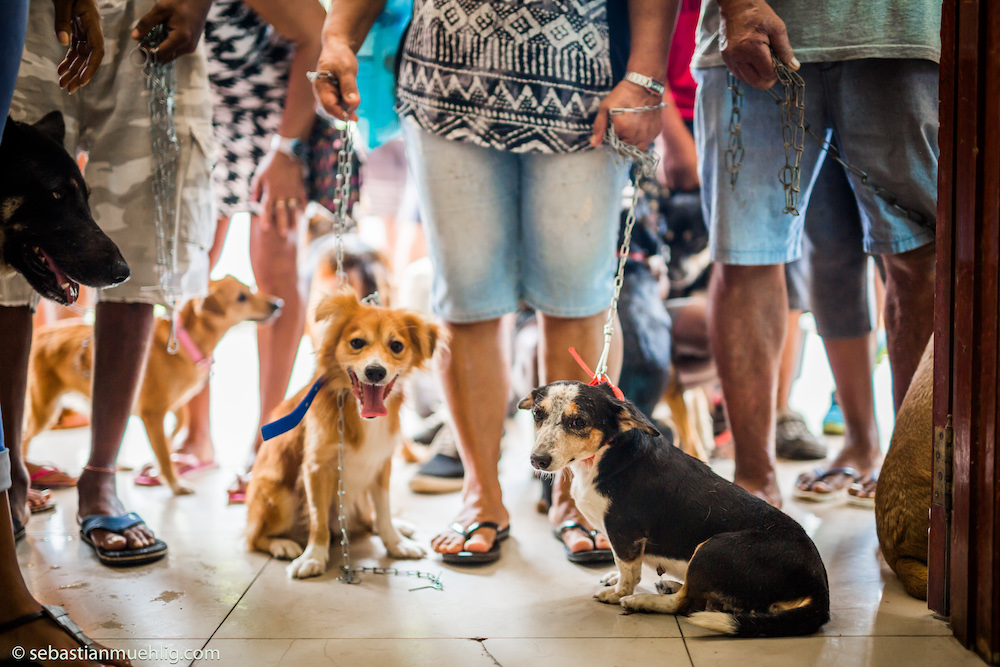 Jill, who had been on two Catch, Neuter, Release schemes since our last trip, updated us and provided us with even more time saving tips.  Some of these were possible and some too scary as yet! Like cutting off the ovary before putting on the ligatures.  Thanks to her good surgery skills she got all of us, more weathered vets, doing 12wk old bitch spays, which isn’t easy.

With our team now working quite efficiently. Suzy even got a cartoon made of her!

We had gained some very necessary helpers and moral boosters, in the form of Jimmy and James, who acted as referees for the fights out front, involving the locals not wishing to wait their turn!  Also the repeated yelling  ‘James, Hold this’ and the Jimmy ‘I’ve finished take it away!’.   Barbs, a very helpful, american woman also stepped in with her post op. wound cleaning and dog turning role. Sebastian, who helped carry and also took some wonderful pictures of us.  Also obviously Maria, who is the SSPCA vet out there and started operating when we needed extra help and also managed to get us more drugs when our supplies finished at 650 animals operated on.   So when the numbers started rising we managed to keep up with the pace.  Our 7th working day, left us all delirious, happy, yet unable to communicate due to fatigue as we had beaten our best daily record of 165 animals sterilised, with 78 being female bitches, which is by far the most difficult operation. Even Lahra, our final year vet student, had done 16 operations! 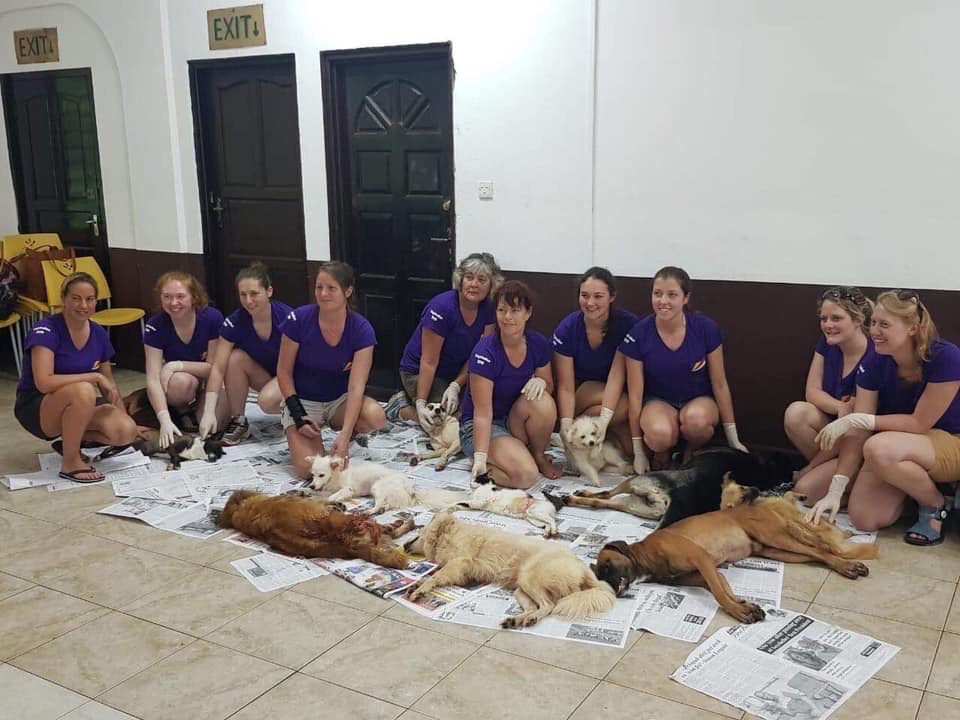 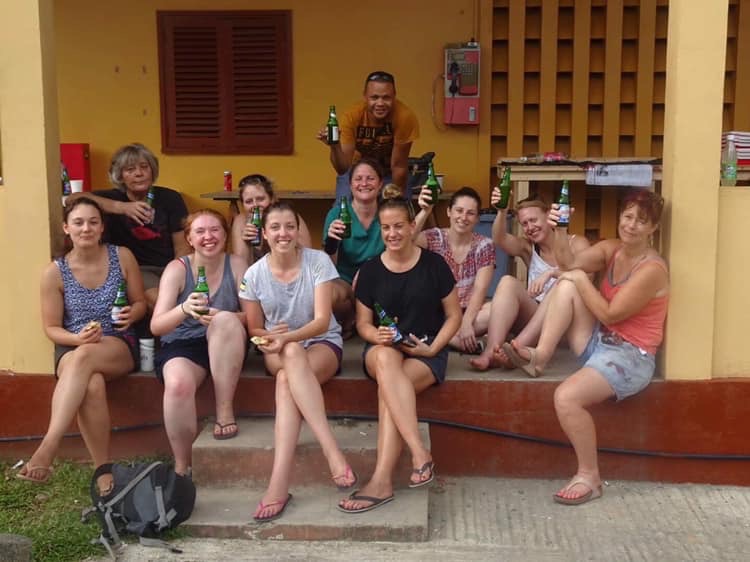 After a couple of days in triple figures, we were pleased to head off to the islands initially Praslin, followed by the beautiful island of La Digue. We even had a lovely day off on La Digue, where we kayaked and dived. Toni and Bryony leaving first and then the rest of us returning to Mahe, where we decided to finish our holiday with a half day at the SSPCA, where we had started 909 animals before! 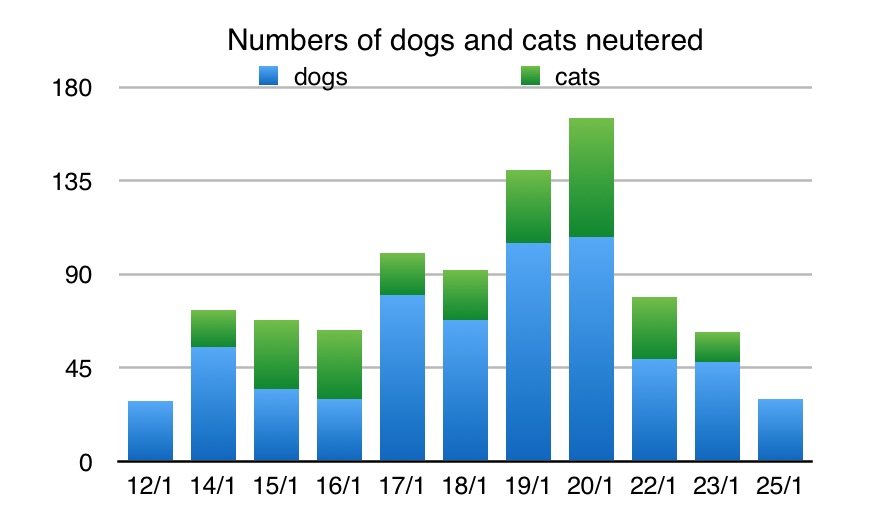 Also thanks to the VN’s, all the cat castrates were operated on by Toni, leaving the vets the time to do the more difficult spaying.  Spaying the animals leading to a greater effect on trying to reduce the over population of the canines and felines on the island.  From the graph you can see that more females got operated on than males. 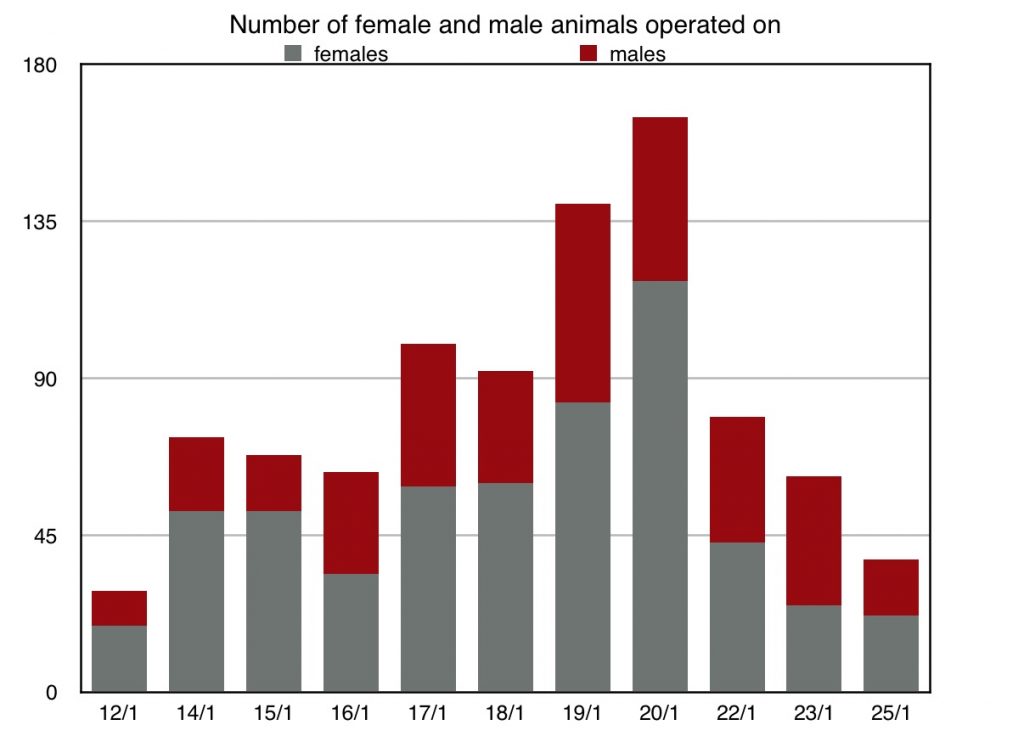 Amy was perfect as usual but had a slight hiccup on the last day, which made the rest of us smile as we had had daily hiccups… just a little bit of evidence!! 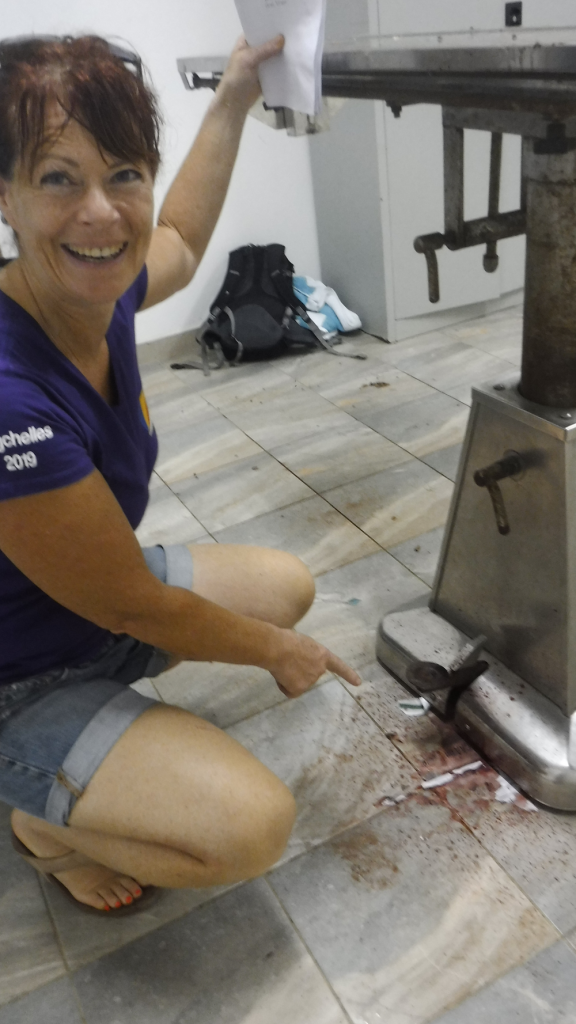 The drugs necessary to operate on 650 animals, which we took with us –

So our trip ended with a visit to see the Honorable Charles Bastienne, the Minister of Fisheriers and Agriculture in which he presented us with coffee table books of the Seychelles and a Coco de Mer with it’s guarantee.  Then after the gang exited the conference room, he took me to one side and invited us for next year.  So what to do?? Spay Sisters never usually visits a place twice but maybe if he starts microchipping the dogs we might be tempted!! And we would like to help more students to get the experience necessary to feel competent in their first jobs.

Oh and a big thanks to Lizzie for a lovely T-Shirt design this year!!

So Bye from SpaySisters until 2020! 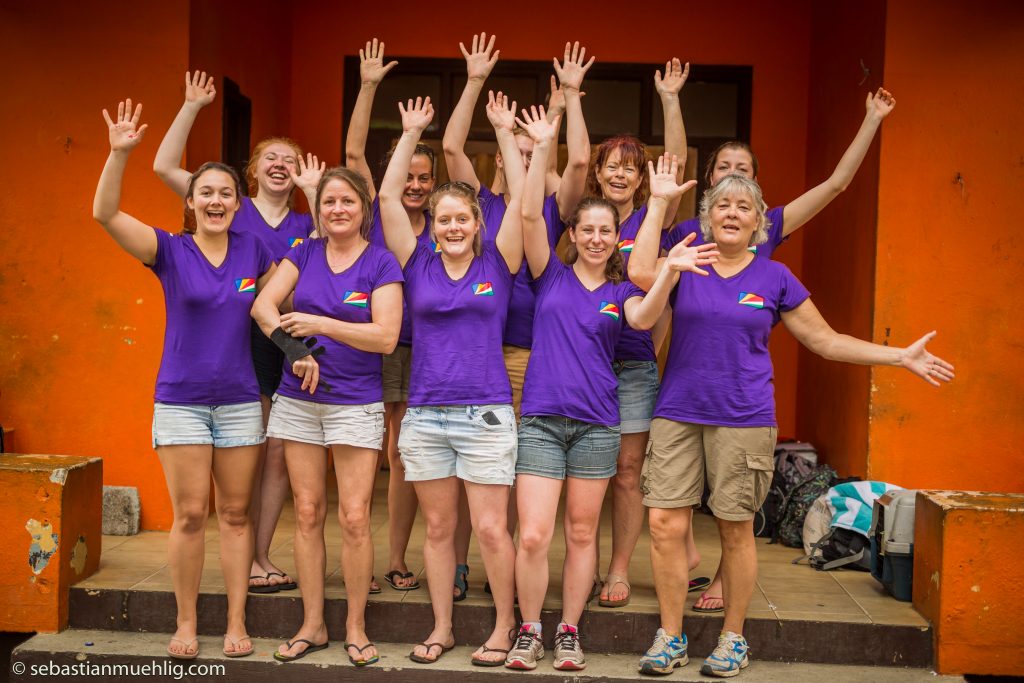